If you suffer from Sleep Apnea, you aren't alone. A staggering 20 million Americans suffer from this serious sleep disorder, a condition that causes sufferers to stop breathing up to hundreds of times each night while they slumber. However, most people don't realize that there are different kinds of Sleep Apnea, which may require slightly different treatment approaches.

Obstructive Sleep Apnea, or OSA, is the most common form of Sleep Apnea, affecting roughly 2% of women and 4% of men. OSA is caused by the partial or complete blockage of the throat tissues during sleep, cutting off your supply of oxygen. When this occurs, the sufferer's brain signals to the patient to partially awake to correct the problem. Patients find themselves gasping for air in the middle of the night, completely unaware of the problem. Unfortunately, once the patient is able to breathe, the brain returns the body to a normal sleep pattern, and the process starts again. Patients with mild Obstructive Sleep Apnea experience 5-14 episodes of breathing interruptions per hour, with severe cases reaching over 30 interruptions per hour. 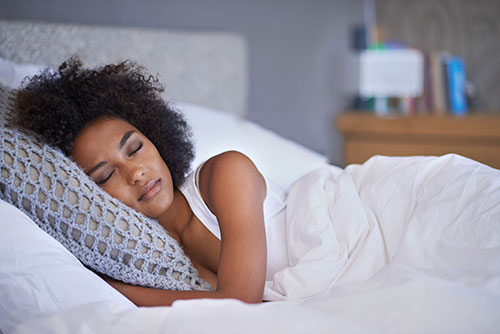 While the two types of apnea produce similar symptoms, their causes and risk differ widely.

Unlike Obstructive Sleep Apnea, which can be thought of as a mechanical condition, Central Sleep Apnea occurs when the brain doesn't trigger the "wake up" response immediately so that people start breathing again. CSA is often caused by other medical conditions, such as problems with the brain stem or cancers. However, because it occurs during sleep, CSA can go unnoticed for years if you don't know what to look for.

Fortunately, both types of Sleep Apnea are treatable. Here are a few different treatment options that have been proven to be effective for Sleep Apnea patients.

If you are concerned about Sleep Apnea, make an appointment with your doctor today. If you are diagnosed, Dr. Weyneth can create a comfortable, custom oral appliance to help you to ward off Sleep Apnea — so that you can avoid the devastating side effects of this common condition.